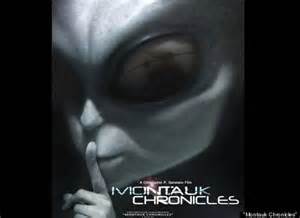 Many years ago I traveled to Mount Shasta and had an amazing, enlightening experience. I found out I was involved in the Montauk project in some way. After meditation on the mountain I returned to the small town nearby, walked into a wonderful bookstore and bam, a book literally jumped off the shelf into my hands. It was “Montauk Experiment in Time.” From that moment on my life was changed. I read all the books in the series and ended up having this amazing journey to “Time” in the Montauk world. After reading the books I started meeting the players, authors of the books, characters in the books and having strange experiences related to the Montauk Project. You can read more about these experiences and catch up on my journey down the rabbit hole if you enter “Montauk” in the search bar in the upper right corner of this site.

So recently a very close friend of mine told me a story about a dream she had about me. The dream (out of the blue) was about me and the world of the Montauk project. As you may know or not there were groups of young males called “Montauk Boys” that were experimented on by military types and maybe ETs. I suspect it was because their minds were a clean slate and they had some amazing abilities to endure the rigors of Time Travel. I personally never thought I was a Montauk Boy, I just thought I had some type of low level involvement, but my friend’s vivid dream is telling me otherwise.

The military types in her dream were marking some of the Montauk members with a semi-invisible mark, a small triangle, on the upper left part of the palm of the left hand. It was visible only with a black light. And yes I have the mark. What does it mean? No clue. Other than the Montauk journey continues.

Sleep Tight – always, reality is not what it seems…
MWiz.

Here is the original video that launched a
thousand books, blogs, television segments –
but as of yet – no blockbuster Hollywood
action movies.

The original proponents of this grandaddy of
all conspiracy theories describe how a 1943
radar invisibility test at the Philadelphia Naval
base created a “time loop” to a 1983 secret
underground base in Montauk, where
experiments in mind control, time travel and
genetic engineering were carried out and
hundreds of young boys were allegedly
tortured in the process.

Well , the somewhat famous and infamous group of Albuquerque called the Albuquerque/Rio Rancho UFO/Paranormal forum put on their May meeting , most of the Meeting was devoted to an advance look at the always strange world of Montauk.

Celeste , Gloria and Mike did the honors. Celeste did a solid over-view on the subject . Gloria talked in depth about one of the main players -Al Bielek, and Mike walked through a journey of his own personal synchronicities with Montauk.

Please note I had written a fairly extensive piece about this Montauk presentation but like everything else around Montauk, strange things seem to happen. About a week ago I sent the posting to my editor and she sent it back asking if I was using invisible ink.

Of course , I thought she was kidding , but no the article had completely disappeared off the face of the earth. As you computer geeks know once something is saved on a PC it is nearly impossible to completely make it gone. After two hours with my webmaster and two other PC geeks– no one could find the posting. The curse of Montauk had struck . So I have provided below two other past postings on the Montauk subject , be warned reading them just might pull you deep into the rabbit hole – but enjoy

There are four makers of the Montauk synchronicity, there are others, but these are some of the main players. First Hubbard, L. Ron, yes the founder of Scientology, he developed his (religion)- the special club from his Naval career in Naval Intel. Naval Intelligence has been involved in psychiatric
research and L. Ron grabbed on to these cutting edge techniques and formulated his quite famous book- Dianetics. Naval Intel fingerprints are all over Montauk. L.Ron had also researched human implants and how they could control mankind and it has been rumored Camp Hero was also a implant station.

Next player, the man called the most evil person on earth or the wisest man on earth (your choice)- Aleister Crowley. Aleister besides having direct or indirect relationships with the other Montauk players had bio-rhythmic synchronicities with the Philadelphia Experiment and the Montauk Project. His (Crowley) important personal events were linked to dates of the major events in the above projects/experiments.
Next players, The Camerons, Duncan Sr. and Jr., Edward (Al Bielek) and Marjorie, this group was smack in the middle the Philly experiment and the Montauk Project.

First Duncan Jr. occupied the time machine and he was aboard the USS Eldridge as the Tesla field went crazy. #2 Duncan Sr.Naval official who may have been responsible for transporting the Nazis scientists to the US to develop rockets, the A-bomb, zero point energy, strange stuff at Montauk (see our July 14th posting). #3 Al Bielek (half brother of Duncan Jr.) he was also on the Eldridge with Duncan as they jumped over board and forward in time. #4 Marjorie Cameron, a possible relation to the other Camerons (not perfectly calculated yet). She also had a Navy career working directly for the Joint Chief of Staff. But her checkered career ended in a court martial. Her real claim to fame was her marriage to Jack Parson.
#4 Jack Parsons was a genius and a rocket scientist. Jack, L.Ron, and Marjorie inter-acted together and worked on a project call Babalon Working a similar project to Montauk using sexual energy instead of Tesla technology to move on the Time-line.

I mentioned these characters because they were a few of the core players in Montauk and the Philly experiment; a web of synchronicity connected these people. It is very possible they never felt their deep connection in this space and time.

Some have said Montauk is on a corner of the vast vortex called the Atlantis Realm – which may cause the strange events in the area most known as the Bermuda Triangle. This northwest corner is Montauk Point, a place of powerful maybe sacred energy, here is where the Army put their radar base- Camp Hero and after the war an underground facility was built. In a chamber a “time regulator” was developed, in science fiction world it was called “The Time Machine”. In this device people like Duncan Cameron would flow in another direction out 6000 years. Duncan Cameron came from Celtic bloodline and I would not be surprised if somewhere he had Native American mixed-in (see my April 28,2007 posting). Duncan was one of only a few whose mind could handle the madness.

Montauk is one of the most compelling stories on earth infecting a few and touching us all. So a group of military and contractors fused a not so peaceful union to build a machine and play with the dimension of time. At first transients, runaway children and
just lost souls, so basically humans were kidnapped . They were put in this capsule, egg shaped vehicle and pushed on to the time line. Some came back and some were/ are stuck in limbo, sort of frozen in time. As soon this technology was refined, – timeonauts, (time- astronauts) moved along the time-line safely and successfully. Also many of the workers on the Montauk Project lead a strange dual life with only glimpses of the other life. Their dual life is the force which helps to drive the synchronicities they must un-puzzle to keep a little sanity.

This is a vast mystery of profound importance and 99% of the people of this country know nothing of it. We are missing incredible knowledge because we refuse to be engaged in our Universe and not afraid to look into others.

The Montauk web is so powerful just me writing this short posting will create synchronicities for me related to this strange drama.

Enjoy and learn – life is short.