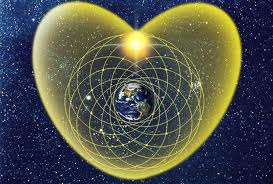 Over the last thirty years research on the heart as our emotional brain has been coming together to prove what the poets, writers and romantics have known for centuries: to paraphrase the old Connie Francis song, “our heart is an organ with its our mind.” And at times it overrules the brain in our head, for good or bad; the phase “love made me do it”
captures perfectly this concept of heart over mind.

The Fels Research institute discovered that the heart has 40,000 neurons, which make up its own independent nervous system, which communicates with the head-brain centers such as the amygdala, the thalamus, and the cerebral cortex. Dr. John and Bernice Lacey discovered that the brain doesn’t obey the head-brain, but rather takes signals and interprets them to make its own responses. Heartbeats, according to the Laceys, are a distinctive language of life. An EKG tells much, much more about the whole person than just the physical shape of the heart. It’s a true emotional gauge of the body and soul of the human being. Our creators made us very complex.

Another group called the HeartMath researchers found that love itself is a measurable phenomenon. HeartMath researchers Childre and Martin used certain techniques to access something they called “coherent heart intelligence.” When subjects focused attention on the heart through emotions such as love, appreciation, and caring, the researchers saw heartbeats changing into more peaceful patterns. These positive emotions activated good biochemical events in all organs of the body.

Matrix Energetic folks believe the heart is the channel to the right brain processor, so if you embrace the feeling of the positive event, the feeling alone brings forward the outcome. The path is the heart, to the right brain, to the zero-point field, which accesses all manifestations – then you are the creator.

Check out a wonderful book which deals in detail with some of the above concepts: “Spontaneous Evolution – our positive future” by Bruce Lipton & Steve Bhaerman.

So sleep tight, but remember, go for the feeling to get the result through your heart intelligence center, where LOVE hangs out.