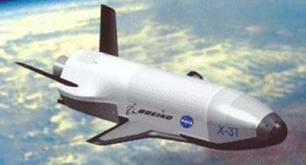 LOS ANGELES — The U.S. military’s secretive X-37B unmanned spaceplane slipped out of orbit and landed itself in early morning darkness Friday at a California airbase after a successful maiden flight that lasted more than seven months, the Air Force said.

The stubby-winged, robotic craft fired its engine to begin re-entry into Earth’s atmosphere and autonomously landed at 1:16 a.m. PST at coastal Vandenberg Air Force Base, 130 miles northwest of Los Angeles

Range safety officers were on hand to track its descent over the Pacific and activate a destruct mechanism if the landing needed to be aborted. There were no immediate reports of any sonic booms being heard.

Vandenberg released infrared camera video of the craft rolling to a stop, recovery crews approaching in vehicles and working around it in protective suits, much the way space shuttles are handled upon landing.

The Air Force had emphasized that the primary purpose of the flight was to test the craft itself but classified its actual activities in orbit, leading to speculation about whether it carried some type of spying system in its small payload bay.

Program manager Lt. Col. Troy Giese said in a statement that all objectives were completed and the landing culminated a successful mission.

The Air Force immediately announced that a second X-37B, which had only been revealed last April, is scheduled to be launched next spring.

The first X-37B, also known as the Orbital Test Vehicle, was carried into space atop an Atlas 5 rocket launched from Cape Canaveral, Fla., on April 22, 2010.

The flight followed the project’s long and expensive journey from NASA to the Pentagon’s research and development arm and then on to the secretive Air Force Rapid Capabilities Office. Hundreds of millions of dollars have been spent on the X-37 program, but the current total hasn’t been released.

Built by Boeing Co.’s Phantom Works, the 11,000-pound craft is 9 1/2 feet tall and just over 29 feet long, with a wingspan of less than 15 feet. It has two angled tail fins rather than a single vertical stabilizer.

Officials made public only a general description of the mission objectives: testing of guidance, navigation, control, thermal protection and autonomous operation in orbit, re-entry and landing.

However, the ultimate purpose of the X-37B has long remained a mystery, though some experts said the spacecraft is intended to speed up development of combat-support systems and weapons systems.

Last spring, Gary Payton, Air Force undersecretary for space programs, rejected characterization of the project as leading to the weaponization of space.

“It’s just an updated version of the space shuttle kind of activities in space,” he said during a conference call with reporters. “We, the Air Force, have a suite of military missions in space and this new vehicle could potentially help us do those missions better.”

Top priorities for the project are to demonstrate an inexpensive and fast turnaround, he said.

Need for extensive servicing such as replacement of many thermal tiles would make it unattractive, he said.

Payton suggested the X-37B would be useful for rapidly putting many small satellites into orbit, with a turnaround time measured at 10-to-15 days or less, operating more like an SR-71 spyplane than a routine space launch vehicle.

Like the first X-37B, the budget for the second spaceplane is classified, he said.

Defense analyst John Pike, a critic of the X-37B’s usefulness, said the autonomous orbital and landing system apparently worked, but he remained skeptical of the program.

“They demonstrated that they could keep a secret about whatever else it might have been doing,” said Pike, director of Globalsecurity.org. “It remains a mystery wrapped in an enigma.”

From–Randy Jackson and Chris Haddox
Phantom Eye, at a ceremony in St. Louis

Boeing unveils its first hydrogen-powered unmanned airborne system, called Phantom Eye, at a ceremony in St. Louis. Phantom Eye is a demonstrator that has 150-foot wingspan, will cruise at approximately 150 knots and can carry up to a 450-pound payload while staying aloft at 65,000 feet for up to four days.

Boeing unveiled its hydrogen-powered Phantom Eye unmanned airborne system during a ceremony in St. Louis on July 12. The demonstrator, which will stay aloft at 65,000 feet for up to four days, is powered by two 2-liter, four-cylinder engines that provide 150 horsepower each. It has a 150-foot wingspan, will cruise at approximately 150 knots and can carry up to a 450-pound payload.

“Phantom Eye is the first of its kind and could open up a whole new market in collecting data and communications,” Darryl Davis, president of Boeing Phantom Works, said today at the unveiling ceremony in St. Louis. “It is a perfect example of turning an idea into a reality. It defines our rapid prototyping efforts and will demonstrate the art-of-the-possible when it comes to persistent intelligence, surveillance and reconnaissance. The capabilities inherent in Phantom Eye’s design will offer game-changing opportunities for our military, civil and commercial customers.”
CEO Dennis Muilenburg addresses the crowd of employees gathered in St. Louis to view the Phantom Eye

Later this summer, Phantom Eye will be shipped to NASA’s Dryden Flight Research Center at Edwards Air Force Base, Calif., to begin a series of ground and taxi tests in preparation for its first flight in early 2011. That debut flight is expected to last between four and eight hours.

“The program is moving quickly, and it’s exciting to be part of such a unique aircraft,” said Drew Mallow, Phantom Eye program manager for Boeing. “The hydrogen propulsion system will be the key to Phantom Eye’s success. It is very efficient and offers great fuel economy, and its only byproduct is water, so it’s also an environmentally responsible aircraft.” 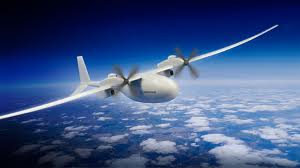