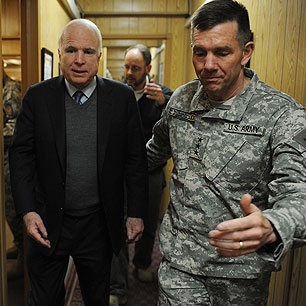 As you probably read last week, our Senators were under attack in Afghanistan from our own military. But first, in Hank Worbetz’s new book “Reflections of a UFO investigator” Hank talks about our military having all kinds of advanced psychological operational methods to control and brainwash people, especially people who for the most part stumbled across major information about UFOs and alien abduction experiences.

Hank goes on to say that first you get abducted by the alien terrestrial group and then the military (US) and other countries come and abduct you and mess with your head, to extract information regarding your first abduction at the hands of the aliens. These advanced Psy-Ops methods others and I believe probably were obtained from an Alien source, maybe a Alien trade for access to more select human subjects for their happy agenda. This is closer to the truth than you may think.

So back to Afghanistan – Senators McCain, Lieberman, Reed, Franken, and Levin, also an Admiral, Ambassador, Interior Minister, and other assorted people were under a psychic attack. This three-star general Caldwell was the triggerman; he was the guy pushing for deep analysis information to work pressure points in the targeted group, to get more troops and money for the war effort in Afghanistan. So what exact methods did they use or try to use? I think maybe temporary implant devices – the organic variety that the aliens have been using on humans for over 50 years. Again, somehow we (the military) back-engineered them (the implants) from the alien abductions victims; this has happened over a 40-year period.

You say it sounds crazy, well how about this question General Caldwell asked of his staff: “What do I have to plant inside their heads?” I guess he probably found out what could be used to influence Senators to do or not do things against their WILL. I guess that explains why some of the strange things have happened in the last 15 years or so in Congress. Remember we spend more money than all the other countries in the world combined on the military. As President Eisenhower once said, “Beware of the military industrial complex.” His words ring truer everyday.

Sleep Tight – just sleep tight – enjoy the peace in your dream world, for the next morning will bring more strangeness.