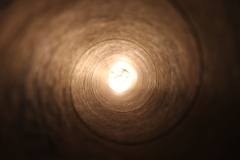 Vortexes are amazing phenomena that occur around the world. They come in many shapes and sizes, from the size and shape of a thimble to an exact square five miles across. Vortexes are vehicles for good and bad. Beings of many shapes, forms and sizes travel through and across vortexes to their next inter-dimensional adventure.

There are four types of vortexes I am aware of. First, the natural ones, the earth type: all over the earth there is a network of points, ley-lines of converging high and low electrical magnetic fields. These are the vortexes that fairies, Bigfoot and Dogman use to move in and out of dimensions to gain a safe and secure place from harm.

Next we have the human created vortexes such as Stonehenge, smaller pyramid structures, and stone circles. This type is created for positive access to outer realms; although the Druids have been noted to sacrifice hard criminals, in most cases it was just for positive results.
The third type are Alien vortexes, ones created by alien being groups like grays, tall whites, reptilians and others. These are created strictly as travel through lanes to quickly reach other dimensions and other worlds. Examples of this type include crop circles and the great pyramids, which I would consider a vortex area also.

Last and the least are the very dark vortexes created by satanic sacrifice ceremony, which bring in dark entities. Their ceremonies use virgins and young innocent children, pure bloods, to draw down the demons/jinn. These sacrifice offerings are done in exchange for favors.
I myself have taken thousands of photos around the country and have seen various creatures/ beings in and around vortex areas. Go to the upper right hand corner of this site and put “vortex” in the search function and enjoy.

Sleep tight, the proper use of vortexes could make man’s wisdom of our universe explode.
MWiz.