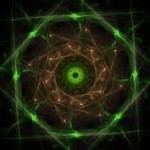 Loekey said that the portals are upside down pyramids. The point of the pyramid gains its energy from Middle Earth. Each natural portal has a drop off point that has a timing to it. He said that any topography around the portals would give off a distinctive vibration that would affect the senses for anyone within its perimeter. It would feel as if there was a morphed or skewed altering of time. Visually he said it looks like colors come from all directions and the depth perception of anything within the portal is distorted, almost stretched.

Within each portal is an octagon mirage that gives off multiple pyramid shapes. Once they jump in the portals, he says that the multiple pyramids turn in all directions. It’s like an illusion of several endless mirrors, rotating at once. Loekey said, it can be very disorienting for humans because most humans haven’t developed their pineal gland. (I slightly disagree here because I think we do an astral jump of sorts when we use our astral body. I think we do use our pineal gland a little, it just happens to be at night when we dream.)

Loekey said that the natural portals affect areas around them within a mile of each direction, that includes up above (the sky) and down below going towards Earths center. At certain times of the day or night the natural portals rotate and the octagon pattern shifts. This is because Mother Earth adjusts for anything that is going in or coming out of the portals. He said, the important aspect of the portals is that when the pyramids are pulling towards Middle Earth, this very action helps the Earth rotate.

If an artificial portal is made, this changes the timing of the “natural” portals rotating. For instance, if Aliens rip through or open up a portal either dimensionally or galactically, this is not good for the planet. The fabric of time and space has to come from the composition of the original source meaning that the energy and frequency has a pulse that is like a blue print. All beings who are natural portal jumpers have within their DNA, Earth’s blue print. This means that if anything happens to the rotation of the portals, it can affect the portal jumpers biologically in a bad way especially if they are in the portals at the same time another artificial portal is ripping through Earth’s atmosphere. I can only assume the octagon and the multiple pyramids can’t function properly with the artificial rip or pull coming from an outside source other then Earth.

Loekey was saying that the species called Dog Man is being affected not only by these artificial portals but by the changes within the Earth’s environment. Dog Man’s ability to sense where the natural portals are, offers other beings a type of road marker, an essential chart in and out of the portals. At this point he said it is just a matter of time before Dog Man chooses another dimensional planet to live on. If this happens then he suspects that it will be hard for portal jumpers to know where the natural portals are versus the artificial ones. Loekey said that each Earth Keeper has different duties and Dog Man’s is essential for the portals rotation of the octagon pattern. He said that when the Dog Man species go in and out of the portals, they fine tune the Earth’s rotation so that it stays at a specific velocity.

Loekey emphatically stated, “That if any life forms come here to visit and they can’t come through the portals naturally, then they don’t need to be here…period!”

As Kewaunee starts this one off — “They the Bigfoot are safe in their dimension” its a risk they take coming to see us humans . And listen there is alot more.
MWiz 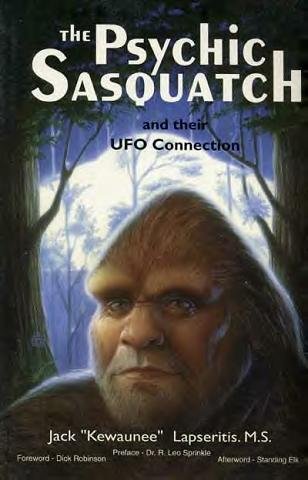