Well I did make it back from the void – the world of the Vortex – in the mountains East of Albuquerque. (Now you will have to read Part 1 to get it.)

When I was about 10 or 11 my little buddies and I got a hold of an old Ouija board – the most dangerous kind – a lot of strange past energies had flowed through it. Of course we kids hardly knew what it was; we were totally innocent of the ways of the “board”. That is what probably saved us – we just had no fear, and fear is the vehicle evil entities use to draw you in and take what they want. We played several times and we definitely seemed to be communicating with something – strange feelings of hot and cold ran through our bodies. And what little body hair we had stood straight up. I now feel the beings we were dealing with meant us no harm – we were lucky. The other ones would have created fear sooner or later and our innocence in this world would have ended. We were also lucky to escape a worse fate – one of my friend’s sister’s friends had (at least we were told) a mental breakdown after she used an Ouija by herself. If you have to play or try it (like a curiosity) never do it alone as the danger will be focused on just you. And you would probably be no match for the otherworldly entities.

I lived in Tucson for several years and I met a guy I referred to as the Old Hippie. He was a smart guy, who had a very wonderful and smart wife. Both of them were very curious about everything in the world including drugs and the “board”. Well he seemed to not have a problem with it (Ouija), but over time she became withdrawn and depressed. My Hippie friend told me a few years later that she told him the board had come to her (a dream) and showed her something that terrified her, nearly putting her into shock. She was never the same, and no therapy seemed to help her.

And then there was the famous and strange group called the Gulf Breeze 6. I lived in Atlanta when it happened and I was lucky to get a close relative to talk in front of our UFO group about his brother’s experience – a one Vance Davis. This information back in the early 90’s was to say the least mind blowing. Six military personnel from an intelligence unit started playing with an Ouija board. This one event rushed the military into a massive search for these six deserters who had gotten channeled information through the “board”. The Board predicted events that came true and freaked out the military, because the military probably started the whole thing through some powerful mind control methods. And adding the “board” intensified the deserters’ psychic abilities to the horror of the military and the NSA. There is much more to this story – but another time.

Note: the Ouija is not just a board – but also a vehicle to travel to the beyond, which needs only to be used by a few who can totally protect their minds and souls.

Sleep tight – The Jesus Gene is what makes us interesting to those other worlds. 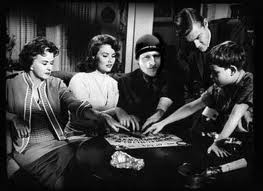 Sometimes on a Friday night as I get ready to write an article on something UFO/Paranormal I have a bit of an old brain fart. But luckily that doesn’t last long, for I ask the cosmos for some direction and it has me push random words into the Google search bar. And guess what, interesting stuff comes up and it awakens my frozen neurons. This week is the favorite big mystery item called “the board” – the Ouija or the Ouija board – whatever you like to call it.

First a little “board” history. It was born surprising here in the USA, not in some dark castle in old Europe. In the 1870’s a carpenter named E.C. Reich built the first wooden “board”. But I believe its first conceptional appearance could have been back as far as the early Egyptians. Then around and about 1886, E.C. sold his concept and his board to two guys named Kennard and Maupin and they started marketing the Ouija. Next a Mr. Bill Fuld bought the business and he and his brother made lots of money over the next 35 years with their Ouija board business. Interestingly, Fuld may have committed suicide at the age of 57. The board, or a jealous close relative? Only the “board” knows. Then in 1942 the Fuld family sold the board to the game giant Parker Brothers who still own the rights.

So over the last 140 years people all over the world have been playing with this vehicle.
And I believe 90% of the time no harm comes to the participants. Now the 10%, which many would debate is a very high number, but I say yes, it is one of the dangers; a 10% chance of getting your mind screwed into another world with no way back is something to note. So the more you play it, the more the roulette wheel turns and the closer to the void you come. Another issue is it is quite addictive, the thrill of the unknown and the possible glimpse of a spirit will keep you coming back.

So what is happening here? Well I believe several things: one, as we play with the board we ask questions of the entities who lie normally at a safe distance from us in their world plane. By asking questions we are inviting them in to our world and they love to visit. That would not be so bad but they like to take bits of stuff back with them. Some of the stuff they take are memories from the most vulnerable players of the game. And who are the most vulnerable ones? They are the ones with the most fear in their hearts and minds.
Also a law between worlds is that you must balance out the worlds and leave something behind in the world you take from. So normal human memories are taken and replaced by non-human thoughts. I’m talking about looking into the void, a very dark void at that.

People whose minds are filled with fear are in danger of losing a bit of their sanity if they play with the board – “ the Board will play you.”

Next week I will continue with more on “the Board” from my personal experiences and those of other reliable sources.

And here I am telling you about the dangers of “the board” as I get ready to go into the other world through vortex photography on a trip east of Albuquerque high in the mountains.

Sleep tight and remember – no fear will make you even with the board.