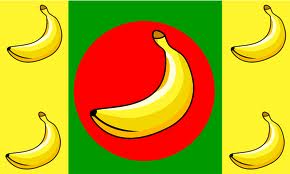 I can say straight in your eyes this is not a political website, but when things could start affecting the ability of our country to even exist, we must all stop, take a breath and look around us, take notice and maybe action.

About one week ago independent US Senator Bernie Sanders from Vermont did a brave and bold move with an 8.5-hour speech in front of the Senate to stop the excessive tax breaks for the top 1% of the wealthiest who would if passed continue to receive next year. Sanders has powerful statistics on his side. Presently this top 1% earn 23% of the wealth of this country, which is more than the combined earnings of the bottom 50%, and to the top 1/10th of this 1% grabs 12 cents of every single dollar in the country. Wow, those are damn crazy numbers, but more than crazy, very dangerous. We easily now qualify as our own version of a Latin American Banana Republic. And if you don’t know, Banana Republics have a very short life span, typical less than 5 years.

The rich are clearly getting much richer and the middle class is going bye, bye. And with no strong middle class there will be no democracy, no country as we know and most of us love. And in 2008 the Wall Street gangsters/banksters with their reckless greed nearly took down the whole world economy. And we rewarded them (with a bailout) for causing millions of Americans to lose their jobs.

And now more good news: we are now ranked first for the most unequal distribution of income and wealth of any major country in the world. So I am feeling like we, as Americans and the human race in general are not capable of righting this sinking ship. Maybe there is someone in the dimensional cosmos that would give us a hand and save us from ourselves – Help.

Sleep Tight – next on their list is the Internet, because it is the vehicle of the truth seekers – seeking the Truth.