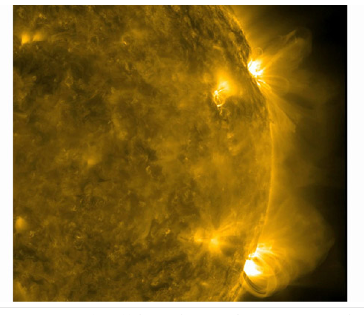 The Hermanus Space Weather Warning Centre (SWWC) on Sunday said a large solar flare was currently being experienced in South Africa. The solar flare would result in higher radiation levels from the sun.

SWWC’s forecaster Kobus Olckers said people should be careful when they go outside.

“People must wear high sunscreen factor at the moment or preferably go shopping,” he said.

A powerful solar flare could overwhelm high-voltage transformers with electrical currents and short-circuit energy grids, with one such event in 1989 disrupting power across the Canadian province of Quebec.

However, solar flares are nothing new, with the first major solar flare being recorded by British astronomer Richard Carrington in 1859.