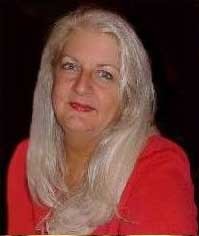 I never wanted to compete with others, only with myself. Even as a child, I wanted to create cooperation, not competition. Growing up with nine brothers and sisters was competition enough. I wanted to learn something new every day, and I have. I have always strived to be better at the things I choose to do, to improve processes, to innovate, to organize. I have always endeavored to leave a job better than I found it. I subscribed to the old adage, if a thing is worth doing, it is worth doing well. I intend each day to ask myself if I’m living from love or fear, and to always choose love.

I hope, when I leave this world, that I have had a positive impact on those I’ve known, and that I have done as little harm as is humanly possible. I intend, every day, as Ghandi advised, to be the love I want to see in the world, to treat others with kindness, compassion and respect. I intend to leave every person with whom I interact feeling better than when we met, without attachment and expectations. If one person has been helped by me, if I have lifted anyone’s suffering, made anyone smile, then I have lived a life worth living. And, for myself, I want only to be the highest and best expression my soul intends for my earthly life, knowing that when I leave this world, I feel complete with each and every sacred relationship I forged, and every relationship is sacred.

I commit to using and fulfilling the purpose of each chakra, each energy center within me, to express the colors of the rainbow that is me. I open myself to the golden connection that is my crown chakra, that I may bring more spirit into matter. I connect with the source of all light and open my inner and outer vision that I may see myself, others, my life, and the world clearly and through the love that manifests all creation. I connect with the source of all words and align my voice with the voice of love and joy. I align my mind with the universal consciousness that I may raise my thoughts to higher realms and transcend all negativity of the human consciousness, that I may think in more creative ways, that I may inspire higher thinking through all that I touch, that I may express right thought, right speech and right action for each and every situation I encounter, that I may share wisdom when needed. I clarify and align my feelings and emotions with unconditional love that I may create sacred partnerships throughout my life, knowing that all relationships are sacred and deserve love and compassion. I align and restore my physical body to the perfection in which it was created that I may walk this earth, strong and healthy, and follow my own path on my own journey of spirit flowing into matter and matter returning to spirit, a conduit of love, light, joy and completion.

As I awoke this morning, these thoughts were running through me, and I wanted to write them down, to remind myself that this is my life creed, and that I intend to live it fully, and I am. I am a spark of infinite love emanating from the unlimited stream of love divine. I am a bubbling spring of joy and wisdom to quench the thirst of all who drink it in. As I intend, so shall it be, for intention inspires action, and action creates and manifests. I am creator, manifestor and the artist of my own life.

Terence McKenna , our time Matrix is moving faster , this acceleration is built in we can all feel it. No one is in control its a run-away freight train — running to a place only the infinite knows.

The celestial eccentricity holds special significance for spiritualities that tap into the energy of the winter solstice, the shortest day of the year and a time that is associated with the rebirth of the sun.

“It’s a ritual of transformation from darkness into light,” says Nicole Cooper, a high priestess at Toronto’s Wiccan Church of Canada. “It’s the idea that when things seem really bleak, (it) is often our biggest opportunity for personal transformation.

“The idea that the sun and the moon are almost at their darkest at this point in time really only further goes to hammer that home.”

Cooper said Wiccans also see great significance in the unique coupling of the masculine energy of the sun and the feminine energy of the moon — transformative energies that she plans to incorporate into the church’s winter-solstice rituals.

Since the last time an eclipse and the winter solstice happened simultaneously was just under five centuries years ago, Cooper said she wasn’t familiar with any superstitions or mythologies associated with it.

Instead, she said, they can only be interpreted personally.

“Wiccans don’t think of things as being good or evil — they just are. Our experience of them makes them positive or negative for us.”

“It’s seen as a time of rebirth or renewal because, astrologically, it’s a time where the light comes back,” said Shane Hawkins, a professor of Greek and Roman studies at Carleton University in Ottawa.

For the ancient Romans, it was also a time of great feasting and debauchery.

“If (the eclipse) happened on the 21st, they might well have been drunk,” he said.

A lunar eclipse taking place during the solstice is not an event Hawkins has seen in research, but he said it would have been viewed as something special.

And that interpretation would likely be based on whatever was happening at the time.

The last time the two celestial events happened at the same time was in AD 1554, according to NASA.

An otherwise seemingly unexceptionable year in recorded history, the darkened moon happened during a bleak year for Tudor England.

Lady Jane Grey was beheaded for treason that year, while Princess Elizabeth was imprisoned in the Tower of London. Mary of Guise — the mother of Mary, Queen of Scots — became regent of Scotland.

Scientifically, however, it’s just a coincidence of natural cycles.

“It’s quite rare, but there’s no profound significance. It’s luck of the draw; you got dealt four aces,” said Robert Dick, an astronomy instructor at Carleton.

The eclipse will start just after midnight Eastern Time on Tuesday, with the main event starting at 1:30 a.m. ET and lasting until 5:30 a.m., when the moon reappears.