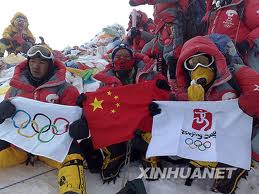 Chinese National Television Xinhua news is now reporting an impending extraterrestrial disclosure by the Obama administration.
The unprecedented national China TV news bulletin that U.S. President Barack Obama may be preparing to disclose U.S. relations with specific extraterrestrial races was broadcast on the official channel Xinhua on January 4, 2011 on the eve of China President Hu Jintao’s state visit to the United States.
President Hu is presently visiting a Chinese language facility in Chicago, IL as of this writing on January 21, 2011.