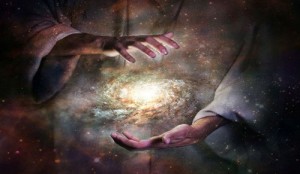 There is a species of extraterrestrials that are often referred to as being mythological but in fact are very real. I call them “The Watchers” or “The God Species.” I know this because I believe I encountered one and it altered my entire reality. At first and for the longest time, I believed my encounter was a UFO. It wasn’t until years later that I deduced it was an entity and that it was here for me. “Why me?” It’s as if someone lifted a curtain, wanting to reveal to me a certain amount
of esoteric knowledge. I’ve read that this is rare but that throughout history this is the way it has always been done.

In most esoteric belief systems it usually takes years of disciplined meditation, study, ritual or by other means advancing through a graduated system to attain this secret knowledge. For the chosen few, the circumstances are frequently described similarly: a light coming down from the sky, an entity materializes often with a vision or a message. In my case there was no immediate message but increasing peculiarities began to occur around me. 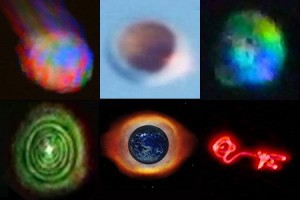 In religion, esotericism and ufology the stories are similar. Beings of light or energy make contact. I’m comfortable accepting that this has happened to me. I also feel confident as to the reasons why. Why did I have these encounters, why directly, why more than one? I believe my mission is that of a channel, interpreter and writer. Some contactees have reported receiving information often about the future telepathically or through dreams. This is also the case with me as I often receive information that I couldn’t possibly have known. Deciphering often chaotic information by making seemingly random connections or by using intuitive extra sensory means is the trick. Deciding what should be revealed and how is another.

It was several years later after my second encounter that I put it together after repeated psychic and other apparently supernatural incidents. The mounting number of inexplicable anomalies is what made me suspicious. It’s what drove me to my lengthy and in depth research ultimately into alien species. What I found was nothing less than astonishing and reinforced my suspicions about my encounter being an entity and the source of most of all the weirdness.

First of all, the entity I saw in retrospect impressed me as God-like. It was an enormous multi-colored luminous cloud like object about a mile in width. It was a globular, slightly oval luminous plasma with about a dozen distinct but separate colors. Each color was also globular, changing shape and size while adjacent colors would either contract or expand in response. The colors were bright, saturated and fluorescent in appearance like neon. The overall size never varied, it was completely silent, almost directly above me and I seemed perfectly centered from left to right, beneath it. 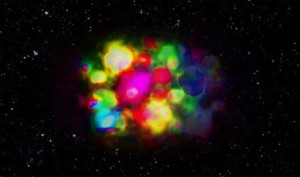 Above: This is an actual public domain UFO photo I found online and altered with Photoshop to resemble what I saw. It’s almost exact but filled the sky a mile wide above me.

After about 30 seconds, the thing just shot straight back and disappeared into a clear sky full of stars. Then after about ten seconds, it just as suddenly came back to the same exact position and size with all the colors in their exact same places. The speed was beyond belief, taking about a second to travel the distance. WOW! From a mile across to hundreds or even thousands of miles away in one second. It took no more than a second to return too. I remember thinking: “This is weird and I don’t think it’s from here” but here it was.

This time it hovered for ten seconds both beautiful and silent. Then once again it shot away for another couple seconds before returning for the third time. Finally it went back and forth three more times within a five second span as if showing off its speed and then it was gone. I stood there frozen another thirty seconds before suddenly being jolted by the realization of what I had just witnessed. I just started running faster than I’d ever run before. When I got home heart pounding, out of breath, I frantically told my older brother Frank, “I just saw a UFO!”

So, how many alien species are interacting with our planet? Many scientists throw out different numbers, but there are many different types visiting. We humans are a humanoid class zero civilization on the Kardashev scale. Named after Nikolai Kardashev in 1964 with type one, two and three so we don’t yet rate. Then there are greys, nords, hybrids and sub-classes A, B, C and so on.

When someone sees an extraterrestrial, they usually know what they saw could be nothing else. It’s easy for someone to say “I saw a grey humanoid or insect like being.” Many intelligent well educated people have reported seeing UFOs and others have encountered ETs. My first encounter was a humanoid and appeared as a child with dark blond hair. Yet my second one was a very large plasma and if it hadn’t been for my subsequent altered realities I may have never looked deeper.

However, I did and what I found is that the “God species” is integrated throughout all the major human belief systems. Mythology, philosophy, science, religion, esotericism and ufology all make mention of them. They have been here since before man and are often associated with creation theories. The Demiurge, Energy beings, Thought beings, Aeons, Angels, Deities, Archons and one of my favorites, the Watchers. Within the context of my definitions, they are not to be confused with the Nephilim. The Nephilim are usually defined as half human and even demonic. I don’t buy into that whole theory of UFOs being demonic illusions and trickery.

Within the hierarchy of extraterrestrials, the God species are at the top. However the Watchers are not recognized as ETs by most, but rather as angels. On March 5th 2009 speaking on the subject of ETs Jesuit Brother Guy Consolmagno an astronomer at the Vatican Observatory said: “The bible has many references to or descriptions of non-human intelligent beings, after all, that’s what angels are.”

The similarities are what connect them, and ufologists or ancient alien theorists recognize these associations. Key amongst the similarities are appearance and abilities. They are usually described as non-material entities existing outside of our material space time dimension. However they are able to materialize in our dimension as energy, light or other apparitions. They can also be completely invisible. They are highly evolved and don’t need a craft to travel.

I call them the God species because of these things and their supernatural powers. Alien theorists believe that the angels from the bible and the Watchers from the book of Enoch were actually aliens. Philosophy, Gnosticism, Kabbalah, Esotericism, Ufology all describe these exact same entities using different names. For instance among different Gnostic sects or across belief systems they are allegorically similar. Archons and Archangels often play the same roles with the same powers. Pneumatic creators which some believe created the material world and man.

It is believed that throughout history these entities have been and still are steering world events. They don’t act upon the lives of every human who encounters one just as every plasma sighting isn’t a Watcher. I believe mine was because of the numerous anomalous events that have since transpired. In my latest book there are many examples of what I was experiencing. It was as if my thoughts and written words were being monitored. My writing seemed to be being manipulated and emulated in the material world.

For instance while I was writing about my encounter a storm hit. On that exact beach over thirty houses were destroyed with some being washed away but no other houses on any other beach in town. Those houses were there over a hundred years and no storm had ever occurred like that before in the history of CT. It seems strange that it happens during my lifetime while I’m writing about that exact beach?

As I’m writing chapter after chapter similar macro synchronicities were occurring and I wrote about them as they happened. The types that were happening have to begin within what Physicist David Bohm called pre-space or the pre-existence process of material reality coming into being. Only a creator type entity can generate the pre-existence leading up to created scenarios of the multiple synchronicities I’ve been experiencing. I can imagine that only an entity having god-like powers would have these capabilities.

The entities know what’s going to happen before it happens because some human’s timelines are being controlled. From what I understand many people have reported lingering or permanent altered realities after ET encounters. Increases in paranormal activity, increases in synchronicity, psi events and so on.

I will continue to research, learn and write about this species in much more detail and will share this knowledge as I do.

This article was written using excerpts from the non-fiction book “Sin Thesis” and concepts from the future “The Alien God Species” by the author Robert Torres. https://www.about.me/Towers3 http://www.amazon.com/Sin-Thesis-Robert-Torres/dp/1500462136/ref=sr_1_1?ie=UTF8&qid=1407134752&sr=8-1&keywords=sin+thesis