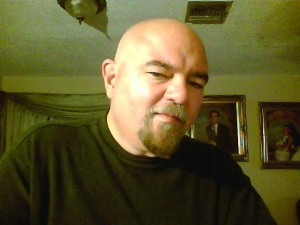 Location. Glasgow, Scotland
Date: November 16 2009
Time: 2130
The witness was walking his dog at the Oval in Prestwick and was aware of a strange tension in the air and his hair began to stand on end, beneath the many layers he was wrapped up in because of the winter weather. His Alsatian dog began to cower in fear of some unseen object overhead, and began to pull on its leash. He was suddenly very lightheaded and saw several different combinations of flashing lights above him. He woke up outside the swimming pool in Prestwick six hours later, his eyes bloodshot and with an orange liquid coming from his nose. No other information.

115.
Location. Mount Pleasant, Banks County, Georgia
Date: November 20 2009
Time: morning
The witness arrived on a sunny morning to his isolated cabin, located at the end of a dirt road behind a small stand of trees. Much of the area is forested. He was greeted by a very old woman who told him that he lived alone, but would like to take out an insurance policy on her cabin (the witness is an insurance salesman). He needed to inspect the place and take some pictures, as is routine before offering a contract. He was walking around to the shed outside when he saw a totally hairy and muscular biped of some sort stacking wood. This creature wore no clothes, but had very long hair covering its entire body. It had a black nose and very large eyes and a mouth very much like a human being, but not quite. It was hard at work stacking wood and did not seem to notice him. It was also no bigger than around 3-foot, 5 inches tall, maybe less. It was however, very plump and wide. It made a grunting sound as it worked. It seemed very strong. The stunned witness who was accompanied by the elderly woman, asked her what on earth the creature was and she casually replied that it was a “woods helper” and that many of the county’s old-timer residents had one from time to time to help them with tasks that they were too old to handle. These ‘woods helper’ only asked for food and some drink. The woman also explained that they drank only beer (!) and never seemed to be drunk or disorderly. She said that everybody knew about them, but that not many people liked to talk about them. He got one more look at the creature before he drove off. It was moving rocks into a runoff ditch this time.