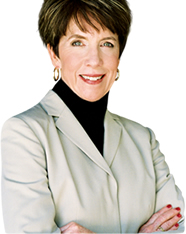 Numerology Reading November 14, 2011 gailminogue.com
Many of you have been following the scandal going on at Penn State University. The scandal involves the famous football team and famous football coach Paterano who has been a fixture at Penn State University for 60 years. This man became “Godlike” to many. He was the best coach, loved his players, encouraged them to do well academically etc. etc. However, when push came to shove and he was given the opportunity to expose a major sexual crime against children, he clutched. The wagons encircled the camp and he and several others of the athletic department made a decision to protect the university over the protection of the children. Does this sound familiar? The Catholic church has been doing it for a long time–the great enablers.

In reading and hearing about this lack of courage to do the right thing, it brings us back to a famous quote by Jesus in Matthew 7:15 “beware of false prophets”. Wasn’t this a warning to us to pay attention? We will experience many false prophets in our lifetime. It is up to us to recognize them and to not follow them (or give them money).

Our media is really on a tear exposing many people and circumstances as being false prophets. With our current challenging transits you can expect more and more of these experiences. Is it our culture? Why do we look outside and say “Oh my”. Wasn’t it us who followed, or went along or looked the other way? Isn’t it us who helps create these false prophets and perpetuate the lie? We do not like it when we learn of character failings of our prophets. We argue for their righteousness. We even die for them.

Case in Point–The Sweat Lodge to Die For

Case in point the arrest, conviction and soon to be sentencing of motivational guru James Arthur Ray. He was a successful motivational speaker and bookseller. He appeared on top talk and TV shows including Larry King and he was a guest speaker in the film “The Secret”. His 5 day workshop including the deadly sweat lodge experience cost almost $10,000. They still followed him and probably put it on a credit card. Three of them died. You know what, we are still doing it. I hear from many that they can’t afford their home payments or are out of a job but yet will still go off to an expensive workshop or trip that will offer them pablum and quick fixes and feel good experiences with another “false prophet”.

Does anybody look at the background of these institutions and individuals? Does anyone question why they are doing it? Watch the news and you will see individuals weeping and idolizing over politicians (the night of Obama’s election), movie stars, sports stars, spiritual leaders and others. We want to believe they are really outstanding and upstanding without doing our own homework as to who these individuals and institutions really are. The cult of celebrity in America has created superficial and fickle behavior. We seem to take little time to question what we read or hear and become defensive and cynical when the truth is delivered. It was us all along. It is us who support these false prophets.

I am sure today there are many who will defend Coach Paterno even though he supposedly never followed through on the opportunity to make sure the sexual abuse of young boys was stopped. People want so strongly to believe someone or something outside of themselves has the answer or knows how to do “it” well. People will continuously send checks to those who can dazzle them with possibilities or scare them into turning over part of their savings. It is done all the time in religious orders and cults. I am amazed at what individuals will deliver to a “guru” even though the donors can barely get by on what they earn.

If anything this current scandal has taught us is that we have human failings–including all of the gurus and priests. More of these scandals will show up on our doorstops. The expectation is that we will learn from these experiences and instead of being offended and shocked be reminded that we continuously face false prophets. Our need to be discerning is ever more important. Do not buy the “cover” of the person. Look deeper and learn what or who is behind the cover. It was also said “it is done unto you as you believe”. Believe in yourself and the power behind you and in you not the power outside of you. And, above all, use your God-given intelligence to guide you.