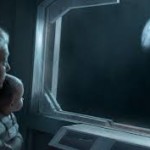 These two additions from my diary have always stayed with me through out the years. I decided to share them because I think people need to know that there have been visitors coming here for many years. I feel if people need proof at this point in history then they really are living with their heads in the sand. We all instinctively know what is the truth. In today’s day and age, people are accustom to bury the truth deep within them. The more technology, the more foreign our higher-selves become to us.