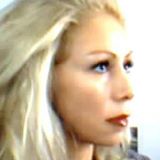 Denise Goforth is a relative newcomer to the field of High Strangeness, at least as far as presenting her story and her research. Denise is the author of the book “The Awakening into the New Dimension.” Denise studied law, international studies, and history at universities in Arizona and Washington DC. She worked as a lobbyist and did work for Senator John McCain.

The more unusual part of her life story is that she is a lifelong ET and MILAB experiencer. She is also a radio show host and a Nibiru/Anunnaki/ET researcher.
Denise has experienced many non-human encounters over her lifetime. She met tall Nordics, red and blonde haired. She studied the relationship between RH negative blood and alien encounters. To explore her own abductions she worked with Gloria Hawker, the world renowned abduction hypnotist. Through her sessions with Gloria she learned that not only was she abducted, but also that she had MILAB experiences probably as a government asset.
Denise had a tough early life as she never knew her father and it always seemed that her mother was on the run, moving constantly from place to place.

As a possible secret government asset it seems that she was sent to places where world government figures and a few celebs were meeting on a mission to observe and report back to the agency that sent her. She remembers no specifics about her spy detail. But one recent adventure took her to Hawaii where she attended a high level meeting, an experience that she and Gloria were able to verify in great detail. In another mission she was connected with a man from the Vatican who talked to her about Alien beings and Nibiru.

Several years ago she realized she had an alien implant on her right shoulder blade, and after much consideration she had her husband remove it, only to find a new one had replaced the old one in nearly the exact same place. This implant is still with her today.

Sleep tight, for there are a few courageous ones among us who will tell their stories in the name of the truth.