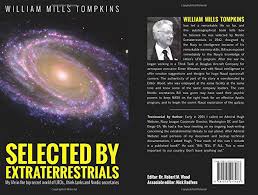 So I just finished Bill Tompkins’ book – rest of the Title is “My life in the top secret world of UFOs, think tanks and Nordic Secretaries. That “secretary part “is a bit strange but quite important to Bill as you will see if you read his book. For the most part I enjoyed the book and I learned a few new things about UFO etc. even after my 50 years in the business.

Bill by all the sense of the word is a whistleblower, but what is different here is it is like he was given the okay to blow the whistle by elements of the government. If you take Bill’s book as 50 % true it’s amazing and a true disclosure of alien influence in our world. I feel at least 75% of the book is an accurate view of our human existence in an Alien controlled world.

So Bill is painting a picture that some groups of aliens are helping us with technology to protect ourselves against the bad guys (alien groups) and we are giving resources to the white hats for their battles with the Black Hats. I have done business in the aerospace community and I have confirmation about Bill being the real thing and also confirming similar trues about alien cooperation in many fields of human science and medicine.

Though the flow of the book wasn’t the smoothest, the book kept my interest. At times I thought he got too technical with his reading audience. Also at times his near obsession with his Nordic secretaries and sexual beauty got a bit strange, because it would pop up in the middle a whole another idea he was explaining and at times was quite explicit with a strong R – rating. 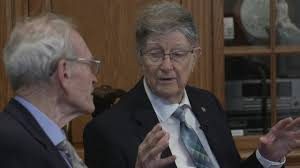 One final thought – Bill might have been selected, but like his secretaries I had a feeling by the end of the book that he had a few alien genes in his body, going beyond a normal human intelligence capacity.

Sleep tight, knowing “Reality is not what it seems”, will give some of us joy and a little hope.