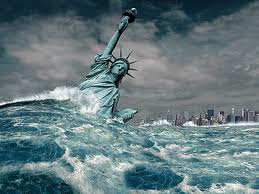 AS you may know tomorrow the 26th is the day many are predicting a bad day for the world- winds of 700 miles an hour from a Comet passby — total destruction for our earth.

Sleep Tight — probably only the bedbugs will bite.

I have in the past written about world prophecy and I have stated before that I possess a high level of skepticism for the general abilities and accuracy of most and maybe all psychics. But when a non-human entity is the source of the prophecy I stop and listen. Please review my â€œLady in Black Prophecyâ€ posting (on 12/07/07) and see why the alien being factor makes the difference, which was a truly amazing event. My January 3, 2009 prophecy posting, for the pure fun of it, shot out some 2009 prophecies- with the now known results as follows:

1. A 14% unemployment rate? â€“ Thank the lord it never got that high.
2. Obama popularity is still near 50% and the chance that unemployment could be below 9 % by mid- summer 2010 is still very possible.
3. Pakistan â€“ is the most dangerous country in the world and Obama is doing air strikes in Pakistan I guess with their approval.
4. Mixed bag on Climate Change, but it wasnâ€™t an ice â€“free Arctic in summer 2009.
5. Major UFO sightings â€“ None in western Australia, but there was a fairly major one off the coast of Portugal.
I guess I was about 50/50 probably slightly better than those powerhouse tabloid psychics.

That brings us to the interesting 2010 prophecy, check my Dec.15th 2009 posting about the date 02/28/10 for the complete details. The reason I think it is worth the time is that this prophecy has the non-human factor. Briefly this prophecy was prophesized in France to a French couple who was visiting Rennes â€“ Le- Chateau. The couple observed a bright light that lit up the valley floor and later as they drove to their lodging saw a luminous entity. This entity approached them to a close position and made the couple very uncomfortable, the strange being stayed only a minute and then disappeared. The next thing they saw was three manta-ray type crafts fly-by them and just disappeared. That night as the couple slept they had a sleep state encounter with the same being they saw during the daytime. The entity stated they could not make direct contact with humans, but could contact them in the dream state. And the main statement from the alien being was that there would be a major disaster on 02/28/10 in which many people would need the coupleâ€™s help.

So this will be posted on 02/27/10. And tomorrow we will see if that Aug.26 2009 encounter was a true prophetic event. I say it is a 50/50 chance, which in my world itâ€™s a high probability, so we will see. The more I think about all this potential pain and suffering in this already chaotic world the more I truly hope nothing happens.

Sleep tight, tomorrow will probably only be another day, letâ€™s hope.
MWiz.