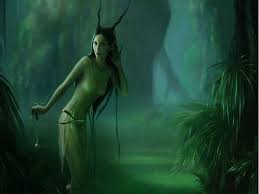 Music can be a powerful magic and because of this, I believe frequency arranging waves can truly change the masses. It’s been long since it has happened to me. But a lady from Tottenham England has turned the music world upside down. But I would not be writing about this on this Weblog if there was not a little paranormal connection.

The people of the Sidhe — the fairy lore of the British Isles, carried a powerful magic. These tall thin almost transparent beings with their music and their song would draw the humans from miles away. The story goes, listen to just one song and you would be changed forever. Listen to more than one song and you would never leave their realm and you would be their slaves forever. The Sidhe had voices and lyrics that would rip at the core of your soul. For the ones who got away from the Sidhe, this unique sound would never leave them, it was embedded into the fabric of the mind.

I believe there are people today in the UK, including Ireland who carry still this music Magic, and they have the ability to belt it out. Today its control over humans is a bit mellower, but still a beautiful powerful sound, one person said it this way “it was like being in a wind tunnel the voice just hitting me, it was truly incredible”.

The Singer I am speaking of is “Adele” winner of 6 Grammy Awards on Feb.12th 2012. Listen to the magic, the music of the Glen and of the Sidhe. 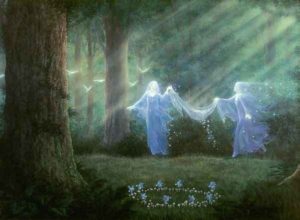 Adele I truly believe is a distance product of the Sidhe, and for some reason they (the Sidhe) have left our realm, but they left something wonderful behind. And now another amazing album called 21 by Adelle continues way of the ancient mystical Celts and their understanding of raising and lower vibrations as it resynchs and realigns the mind core.

Sleep tight- as you will dream — “Rolling in the Deep”
MWiz