Well, to Wall Street, of course. About 12 years ago, our government started to loosen up the regulations of the brokerage houses, banks and Wall Street in general. Wall Street was allowed with little to no oversight to make weapons of mass destruction in the form of extremely high-risk trading instruments. They caused the destruction of the value of personal property (our homes); in the tune of trillions of dollars were lost in a matter of months. Millions lost their jobs, and as you know, after three years of the great recession, as a whole country, we barely have our heads above water, but one wrong move and we could be under for good.

Now, there is a lot of blame to go around for Democrats and Republicans alike. The government and the private sector all played a role, but a group has to be given the greatest credit for the heist of the millennium. The true redistribution of wealth started only about 12 years, now the top 1% has 90 % of the wealth in America. Many will debate the number, but unfortunately for the middle class and poor, that is probably correct.

So, why do I think the Reptilians are now on Wall Street and have been increasing in numbers over the last 12 years? Because the greed, misery and suffering has increased over this period. Reptilians are beings that feed off human emotions, like suffering, despair and emotional collapse, etc. and the more the better. When Banksters went in front of Congress to be questioned, they sat there unemotional and lied to Congress that they had bet against these CDOs and CDSs, their WMDs against the world.

They created these monsters and reaped huge profits and gave out amazing yearly bonuses, some 100 times the average lifetime wages of a middle-class worker. The Reptilians in Wall Street found the easiest way to feed their needs to see mankind collapse and release more emotional energy than they could ever dream of.

Justice must be served quickly or this will repeat itself because greed is the ultimate addiction. And the Reptilians on Wall Street are the Super Addicts of the Universe; they collect and consume our emotions. And sadly their appetite is growing.

I have included below a recent great article from Rolling Stone, which details what’s going on, on Wall Street- a whole different world occupied by a different species.

Sleep Tight – if you are reading this the World did NOT end @ 6:00pm on 05/21/11 as the man who made 80 million dollars was saying it would. I hope his followers demand all of their money back. Greed knows no limits.

The People vs. Goldman SachsA Senate committee has laid out the evidence. Now the Justice Department should bring criminal charges 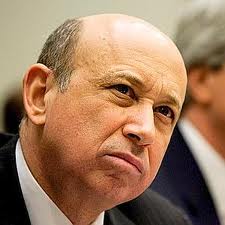 By MATT TAIBBI
MAY 11, 2011 9:30 AM ET
They weren’t murderers or anything; they had merely stolen more money than most people can rationally conceive of, from their own customers, in a few blinks of an eye. But then they went one step further. They came to Washington, took an oath before Congress, and lied about it.

Thanks to an extraordinary investigative effort by a Senate subcommittee that unilaterally decided to take up the burden the criminal justice system has repeatedly refused to shoulder, we now know exactly what Goldman Sachs executives like Lloyd Blankfein and Daniel Sparks lied about. We know exactly how they and other top Goldman executives, including David Viniar and Thomas Montag, defrauded their clients. America has been waiting for a case to bring against Wall Street. Here it is, and the evidence has been gift-wrapped and left at the doorstep of federal prosecutors, evidence that doesn’t leave much doubt: Goldman Sachs should stand trial.

This article appears in the May 26, 2011 issue of Rolling Stone. The issue is available now on newsstands and will appear in the online archive May 13.

The great and powerful Oz of Wall Street was not the only target of Wall Street and the Financial Crisis: Anatomy of a Financial Collapse, the 650-page report just released by the Senate Subcommittee on Investigations, chaired by Democrat Carl Levin of Michigan, alongside Republican Tom Coburn of Oklahoma. Their unusually scathing bipartisan report also includes case studies of Washington Mutual and Deutsche Bank, providing a panoramic portrait of a bubble era that produced the most destructive crime spree in our history — “a million fraud cases a year” is how one former regulator puts it. But the mountain of evidence collected against Goldman by Levin’s small, 15-desk office of investigators — details of gross, baldfaced fraud delivered up in such quantities as to almost serve as a kind of sarcastic challenge to the curiously impassive Justice Department — stands as the most important symbol of Wall Street’s aristocratic impunity and prosecutorial immunity produced since the crash of 2008.

Photo Gallery: How Goldman top dogs defrauded their clients and lied to Congress

To date, there has been only one successful prosecution of a financial big fish from the mortgage bubble, and that was Lee Farkas, a Florida lender who was just convicted on a smorgasbord of fraud charges and now faces life in prison. But Farkas, sadly, is just an exception proving the rule: Like Bernie Madoff, his comically excessive crime spree (which involved such lunacies as kiting checks to his own bank and selling loans that didn’t exist) was almost completely unconnected to the systematic corruption that led to the crisis. What’s more, many of the earlier criminals in the chain of corruption — from subprime lenders like Countrywide, who herded old ladies and ghetto families into bad loans, to rapacious banks like Washington Mutual, who pawned off fraudulent mortgages on investors — wound up going belly up, sunk by their own greed.

But Goldman, as the Levin report makes clear, remains an ascendant company precisely because it used its canny perception of an upcoming disaster (one which it helped create, incidentally) as an opportunity to enrich itself, not only at the expense of clients but ultimately, through the bailouts and the collateral damage of the wrecked economy, at the expense of society. The bank seemed to count on the unwillingness or inability of federal regulators to stop them — and when called to Washington last year to explain their behavior, Goldman executives brazenly misled Congress, apparently confident that their perjury would carry no serious consequences. Thus, while much of the Levin report describes past history, the Goldman section describes an ongoing? crime — a powerful, well-connected firm, with the ear of the president and the Treasury, that appears to have conquered the entire regulatory structure and stands now on the precipice of officially getting away with one of the biggest financial crimes in history.

Defenders of Goldman have been quick to insist that while the bank may have had a few ethical slips here and there, its only real offense was being too good at making money. We now know, unequivocally, that this is bullshit. Goldman isn’t a pudgy housewife who broke her diet with a few Nilla Wafers between meals — it’s an advanced-stage, 1,100-pound medical emergency who hasn’t left his apartment in six years, and is found by paramedics buried up to his eyes in cupcake wrappers and pizza boxes. If the evidence in the Levin report is ignored, then Goldman will have achieved a kind of corrupt-enterprise nirvana. Caught, but still free: above the law.

Read the full article at rollingstone.com