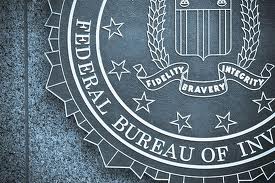 Last year at this time the FBI put a new segment on their site called the “Reading Room” which includes publicly released documents covering vast subjects from Most Wanted characters past and present, personal memos to and from J. Edgar Hoover, and now even UFOs.

Here is more on the “Vault” from the FBI (you can see they are proud of it): Last April, we launched a complete overhaul of our FBI Records/Freedom of Information and Privacy Act website, including a new electronic form for submitting requests.
Now, we are announcing a revamping of our electronic reading room—renamed “The Vault”—which contains more than two thousand documents that have been scanned from paper into digital copies so you can read them in the comfort of your own home or office.
Included here are more than 25 new files that have been released to the public but never added to this website; dozens of records previously posted on our site but removed as requests diminished over time; and files carried over from our previous electronic reading room.

Presently there are about 1200+ pages/files of stuff just on UFOs. Some are typical UFO sightings that people wanted to let J. Edgar know about (people were more trusting of their government back in the 40’s, I guess). Some were straight out hoaxes. After the word got out about Roswell and small 30-inch saucers we being found all over the country, it seems that J. Edgar and company took them all quite seriously, as you see in their official memos moving back and forth between the parties. In some of the memos the FBI instructed the local law enforcement to quickly carry these tiny ships to the nearest Military base.

In 1947, the year of Roswell, there were many UFO sightings around the country, especially in Oregon, Washington, California and Idaho, besides New Mexico of course.
According to one brief file it seems that a large 17ft one crashed in Northern California and its debris was quickly dispatched to a nearby Army Base, but no further details were mentioned.

Now it is my understanding that the double-barrel Smoking Gun, a detailed memo from a FBI agent to FBI HQ talking about the world famous crash, is somewhere in these 1200+ pages/files. Briefly what I have heard is it states that three UFO crafts crashed and at least 9 non-human beings were at the crash site. Hopefully I will find this file before it is removed. Note: I believe that all the memos in this group of files from the FBI are the real thing. But you can judge for yourself: http://vault.fbi.gov/

Sleep tight – the FBI has all the answers – (NOT).