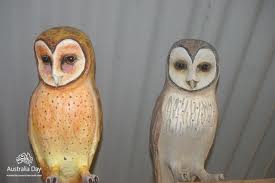 Last week I traveled to Portland Oregon, to visit with two of my daughters and my grandson. The trip was great, and something synchronistic happened on the way to Portland.

I was finishing a posting for this website which was about the Australian Aboriginal concept of Dream-time. It was part two of a two- part series. I wanted an aisle seat so I asked at the gate counter, and they offered me an aisle seat in the last row of the plane. As all you hardened air travelers know on a S-80 plane the engines are in the back, and it is extremely noisy in that area of the plane. So I kept thinking “no, don’t take the seat,” but my inner self said something interesting would happen.

So I got to my new seat, and there was a nice couple from Australia next to me. They were outgoing and interested in who I was. So I told them who I was and what I did, including my 45 years in paranormal /UFO study.

I have this conversation with strangers when I feel the listener would be interested and open to that type of conversation. And they were, in a big way. The woman had seen strange lights with a girlfriend near Sydney a few weeks before this trip to the US. And they ( the lights) truly sounded like the real thing.

Next I had my camera with me where I had saved several dozens of vortex pictures of many strange beings including but not limited to fairies, brownies, ET types, and Bigfoot. The couple was amazing at picking out the beings/creatures. Not only did they pick all of them out of the digital photos, but they also found more than I had seen originally. They were both connected to the world of vortexes, even though they said they had never seen anything like this before.
So now I found out why they knew of this special cosmic world of the vortex. The woman from Australia was an Owler, defined as a person who sees many owls and enjoys seeing them.

Since an Owl sighting is a rare event, I believe they are actually seeing a shape-shifting alien being, who is coming to visit certain humans and giving the humans the ability to access the unknown vortex, UFO and paranormal worlds.

One Reply to “Synchronicity, Australia and Owls -Is it all True Series #275”