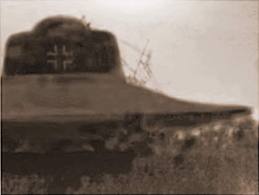 It has always been quite interesting to talk about the possible existence of past and present-day UFO German bases, and Brazil and Antarctica are always mentioned. I do believe the Germans made contact with a non-human group in the 1930’s when the Vril Society was quite interested in the Occult world and a couple of those guys probably stumbled into an Alien being encounter.

There of course is another option that the German geniuses actually developed the technology with no help from beyond, but it’s more fun to stay with the alien possibility. The Germans since the early 1900’s were thinking that beings from other worlds existed; this came from two German Societies, one called the Vril and the other Thule.

The Vril Society since the late 1800’s talked about a coming Master Race, which they twisted into the new German Society of the 1930’s, which helped embolden their desire to conquer the world. Now we all have to remember that there are aliens (could be, though CNN has not confirmed that yet) that look like blond Nordics.

Later the Thule Group supposedly built an interdimensional Time Machine in 1934 and I believe they may have helped us build a similar machine at Montauk Point in the late 1940’s. The story goes that there were several sightings of German U-Boats docked at the Army base at Montauk Point about that time. Even though countries are at war, at deep levels there is a degree of cooperation, always focused on the future after the war.

Back to UFOs – the Germans’ largest UFO, about 75 feet actually, called Haunebu 1, was built at the beginning of the Second World War. It never was able to achieve total stability, so it was basically useless during the war, but the remnants of the Third Reich smuggled the technology to Brazil and maybe Antarctica where it was further developed into some of the sightings we here in America have seen for the last 60 years.

Note there are probably two reasons why we (all of us) are not speaking German. If the Germans traded something to the Alien group for the Saucer technology, the Alien group I believe reneged on the deal, hopefully figuring out that its use was for evil and human destruction. And the electric-magnetic field around the ship makes it impossible to use weapons from the UFO platform, which the Germans probably found out the hard way.

And note Brazil has one of the highest rates of UFO sightings in the world and has since the 50’s. Many people in the rural areas there make nothing of the sightings because they are a normal part of the day to day.

Sleep Tight, it’s only the Germans doing a fly-by.