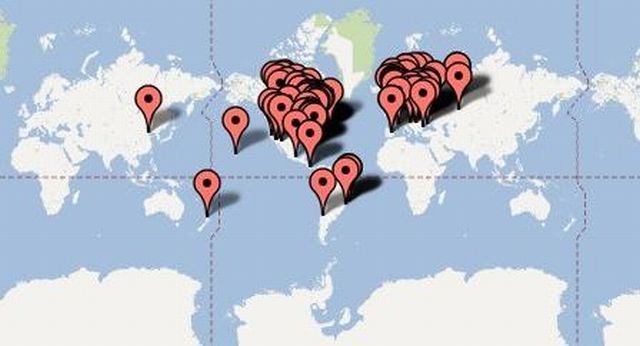 Since the end of 2011 through the beginning of 2012 the internet has been abuzz with a new phenomenon I am calling Unidentified Strange Sounds or USS’s. Others have called these amazing noises Sky Quakes. Although all the ones I personally have heard were like a huge swarm of cicada insects found in the southern US. The cicada gives off a high pitch sound. In one of the videos the high pitch sound was mixed with howling, very creepy; this made the hair on the back of my neck stand up. Then many of the others consistently sounded like waves of loud trumpeting horns or whale calls.

This is a worldwide event happening in the US, Canada, England, China, Australia, and several South America countries. We have had through the years our famous Taos hymn here in New Mexico (which I believe is coming from Las Alamos National Lab, as the vibrations flow up the Rio Grande Canyon toward Taos). Also in Albuquerque there is a strange noise coming from below, which some feel is being made by a large tunneling machine creating tunnels from the Sandia Labs to who knows where. There have been similar sounds in the Indianapolis area and the NE Maine coastal area.

One of the more creative explanations for some of the 2012 sounds is that these sounds were the opening of the gates of hell. Another reason may be HAARP and the heating of the upper atmosphere causing the sounds. Of course this could be all about Mother Nature not being happy with us humans for destroying our/her earth. Another guess to the cause would be some sort of new US aircraft maybe passing through another dimension, which sounds like fabric ripping apart, very loudly.

Another theory I personally like is that we are currently passing through a noisy part of the universe. Remember our solar system is moving through new space every second. Or maybe the earth is getting ready for a polar shift and is groaning as the process begins. Then there are others who say these sounds are trumpeting the beginning of a new era.

Well chances are better that even this too will come to pass and the silence will return to the skies, or not.