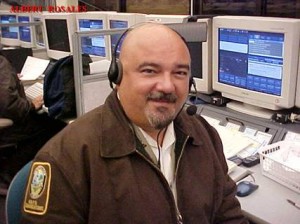 Location. Puerto Gaboto, Santa Fe, Argentina
Date: September 5 2009
Time: 1722
A family of three, Sergio, Laura and their 7-year old son were parked next to the Coronda River enjoying some ‘Mate’ (Argentine tea) when they noticed sometime strange over some nearby fields. They noticed something white flying through the air and as they looked at area through the camera zoom lens they were stunned to see that the floating or flying object was actually a cow, and on top of the cow about 30 meters above it, there was a hovering metallic disc-shaped craft. It was clear to the witnesses that the craft appeared to be ‘absorbing’ the cow up into it. Suddenly and inexplicably both the cow and the object vanished in plain sight of the witnesses who managed to film the bizarre sequence of events. According to them the cow was not moving and appeared to be either asleep or paralyzed. According to locals mutilated cows had been found in the past in the region.

96.
Location. Cecina, Maremma, Italy
Date: September 6 2009
Time: 0530a
The witness had been camping in the woods with some friends and had gotten up early for a jogging session. It was still dark and windy as he ran on a wide dirt road along the entire length of the pinewoods. Suddenly the inner peace achieved through the benign influence of the surrounding nature was suddenly broken by something strange. He realized that in front of him (about 40 meters away) there were strange lights placed at a height of about 2 meters. At first he thought it could be streetlights, placed along the side street leading from the beach to the coast road outside the pine forest. But something was not right. Within a few seconds he suddenly stopped running and once he stopped he noted with great amazement that something very close to 2 circular phosphorescent green eyes were coming toward him in a straight line. Quite surprised by the unusual phenomena the witness now began hearing a strong buzzing sound similar to that generated by an electrical field. Turning around in the opposite direction he started running at a fast rate, occasionally looking back at the green ‘light source’. By now the green eyes had disappeared, however at about 2km from the site of the original encounter the witness again saw the same or similar eyes this time ahead of him, approaching him in the same mode. Not knowing what to do and quite agitated by the situation he embarked on a different path that took him to the beach area. All arriving at the beach, he looked back to the source of the greenish eyes and noticed a reddish yellow glow similar from those of a car’s break lights, it seem to vanish up into the trees in a wisp. The witness then continued on the path towards the sea in the direction of Marina di Cecina. Feeling safe now but fascinated by the full moon reflecting on the ocean and from the rising sun that was about to break over the pine-trees, he paused to take a couple of photos with his cellphone. It was already 620am. He then took the path back to the Cenina camping grounds. He walked a short distance until he came across two ‘people’ taken a bath on the seashore. This image of simple people trying to cool down seemed to be quite natural, if not for the particular elements in those two figures that led to a screeching halt to the witness’s progress. Initially filled with the comfort of finally encountering company, in the next moment he was seized by a mood of anxiety and dismay noting from about 35-40 feet away the bizarre features of the two ‘people’. He first noticed that their stature and body proportions were similar to those of children of 5 to 7 years of age. But these were not normal children, the sun reflected on the back of their smooth shiny gray heads. The two creatures suddenly ran out of the water in a disorderly way keeping their arms dangling forward so disjointed and lacking of harmony, as if they were fractured and out of control, the witness could only compare their movements to monkeys. Their bodies were thin and fingers twice as long as normal humans. At this point blinded by fear but lucid enough to distinguish their forms for a few interminable seconds (about 10 seconds) the witness’ instinct took over and he turned around to ‘escape’ the fear of the unknown. He ran for about five minutes until he came across a gentleman walking his dog, at this point the witness was able to breathe a sigh of relief. Later the witness returned to the strip of sand where he had seen the tow little gray men and found hundreds of strange footprints which he photographed with his cellphone. He found different types of prints, some clearly belonging to the little men and others to larger creatures. He also found three small ‘bunkers’ male out of stone and sticks of woods, placed side by side and about five feet each, reminiscent of the Celtic megalithic dolmen type constructions in Britain and Scotland. (Unknown if this might be related to the encounter with the strange creatures).