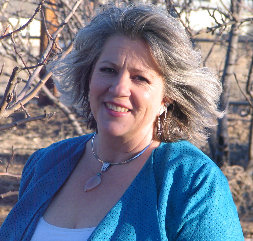 Kimberlee Johnson connected with the Amazon, and she connected with the audience at the UFO/Paranormal Forum during their June meeting. Kim was raised in the green of the Pacific Northwest. She felt at home in the lush green of the Amazon jungle of Peru. Kim was one of the lucky few to be chosen to visit the Shipibo tribe for 3 weeks. The tribe was willing to share their vast knowledge of the Universe including about native plants and animals, the stars and the interdimensional realms that control our reality. Severe pressures from the outside world such as oil speculation, logging, drug- trafficking and missionaries threaten the Shipibo people. They have a population of between 25,000 and 30,000, but global climate change is diminishing their ability to grow fruit trees and other staples, so a decline in their population may be underway.
Kim was very aware of the 5 elements and how the Shipibo interweave them into every moment of their lives. Earth – is the grounding force of their lives – mud is everywhere, and has to be dealt with to survive in some degree of personal comfort. Next Fire–the element that makes all their ceremonies work. And Air –is the breath that keeps all things living. Water–their element of great attachment, water is everywhere, and it’s in the sky, in the river and in the mud. And last there is Spirit – the force that holds and nurtures the tribe. Also paranormal, UFOs and shape-shifting are very commonplace in the Shipibo world and in many ways they honor them.
One of the most important ceremonies is the ayahasi. Kim’s group participated in 5 sessions over an intense 15-day period. The ayahasi is a female star seed, an entity of great wisdom. Kim’s personal experience was one of great mind expansion. She saw herself as a small alien being, and another time as an anaconda. Also Kim was able to release some of her inner demons through the mind/portal opening.
Through Kim’s journey we were able to see the sights, hear the sounds and feel the beauty that is the Amazon and it’s wonderful people. The Amazon is part of our planet that needs to be left alone. But we as the rest of the world need to peek onto its peace, to keep us sane.
Sleep tight – for there are places on this earth where peace and joy still exist in the purest form.
MWiz.