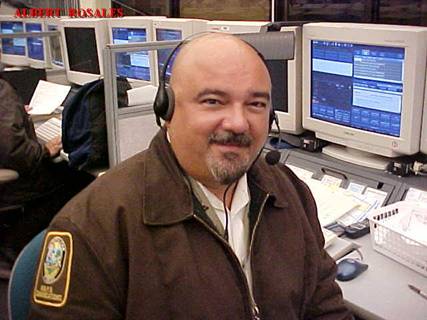 Location. Western New York (exact location not provided)
Date: September 9 2009
Time: 2330
The witness was brushing his teeth as hid did nightly; he has a small bathroom with a single window that’s usually open. Its about 10 to 15 feet from the ground. He was brushing his teeth when suddenly he heard something that scared the “Bejesus” out of him. It sounded like something had hit the window screen, trying to get in. He was a bit shaken, but he had to take a look to wait for whatever it was to come back. So he stared out the window. Suddenly, the biggest ‘bat’ he’d ever seen in his life hit the screen. It had at least a six-foot wingspan. Overall its body had to be as large as a soccer ball. He got a clear look at it as it bombarded his window several times, eating the insects that wee attracted to the bathroom’s light coming from the window (the witness assumes). Running from the bathroom to the living room, the witness opened his sliding glass door and turned on his flood lights. When he turned on those lights the enormous bat took right off after hitting the screen again.

98.
Location. Near Wilbur, Washington
Date: September 12 2009
Time: 0300a
A mother and daughter went outside to see a bright object much like a plane when seen head on in the sky near the mountains (however there were no running lights or noise). They were watching it when it suddenly moved at a very high rate of speed directly towards them, covering 25 miles in seconds. They were terrified. It stopped at the edge of town, which is only 3 blocks away and hovered perhaps 200 ft above the ground. It was very bright, very menacing, silent, shaped like an orb with spikes coming out and seemed to have a companion light under it to one side. They were very scared. They ran into the house and they peeked out a window and it stayed in position for about 2 hours. At one point the father watched the light blink out, only to go back to the window later and see it was back. They turned on all the lights in the house, locked the doors and windows, brought in the cat and huddled in the living room afraid to sleep. At about 3am the daughter went to the kitchen window over the sink. That side of the house is very dark with no outdoor light and a large tree in the yard. She turned off the lights, pulled back the curtain and screamed. She saw a gray shape, about 4ft tall, gray colored from top to bottom, of an approximate human form moving rapidly across the yard from south to north.

HC addendum
Source: http://mufoncms.com/
Type: D
Comments: On July 15 2009 at 0230a the father was awakened by the sound of helicopters. He went to the windows and saw a Black Hawk helicopter flying due N-NW a minimum height. There were the lights of other copters already ahead of the one he heard. As he watched, in about 2 minutes another came over in the same straight direction. He counted out 2 minutes and another and then another came over in the same straight direction. He watched as they began an intense search at about 10-15 miles north of town. The copters set up a perimeter, with one at each corner of a grid and the others began moving east to west and west to east. The entire time he watched there was a sound in the air of a very low decibel hum, which made a kind of whum, whum sound. He watched for about one and a half hours and then went to sleep. Two days later his daughter witnesses several strange events. She was driving home from a movie at about 2330 on the 17th she witnessed a black helicopter flying out of the direction of town. When she reached home she got out of the car and heard the whum whum noise and noticed a strange glow in the North-North East emitting pulses almost like heat lightning, but it had a 1-2-3 rhythm. The pulsing and hum went on all night. About 4 days later the daughter was out walking, it was a calm day, no wind, no storms, when suddenly she heard the hum again and was hit by a sudden blast of air that rushed past her. One night the daughter again noticed the pulsing lights, she went out onto the porch to sit and watch as it was only a few miles out of town in the north. Suddenly a helicopter emerged from the glow and skirted the edge of town. A few minutes later she started to gag, stumbled into the house calling out to her mother. She was overcome by an intense smell of something very pungent, very acrid, and metallic. They ran around the house and closed all the windows and doors.