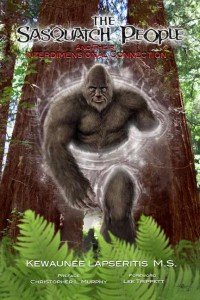 Sightings of Bigfoot have been happening in Russia for hundreds of years. The country is so vast with over 70% of sparsely settled land that there are probably thousands maybe hundreds of thousands of Bigfoots hidden in this huge area.
In the 1950s the Russians did some government sponsored Bigfoot research. But after no apparent success they abandoned the program and private organizations were forced to try to continue the search for the elusive being. But the economy at that time was really bad, and it was hard to put enough money together to do a serious scientific expedition.
Maya Bykova, who was one of the leading researchers in Russia, discovered some interesting facts about Bigfoot. First, it can appear and disappear at will. Next even though it cannot speak words, it seems to be able to telepath with humans and animals. It uses animals as security lookouts, to keep watch on nearby humans who may be approaching their territory. The Bigfoot’s strangest ability is the skill of placing fear in humans in their territory, and to a lesser extent they can influence actions of living things in their area.
In parts of Russia, advanced contact has occurred, which is where a person starts leaving food for the Bigfoot over a long period of time. And this can continue over several generations.
Now for the sex part, the scientists had worked a scheme to use sexual pheromones from female apes to get the attention of the young males. Well as the story goes it worked they (the Bigfoot) came close to the camp, made a bunch of noise and footprints on three consecutive nights. I personally believe this was a dangerous game to play with a Bigfoot. They have probably injured or possibly killed for less. Sometimes just observing one is the most you should do.
Sleep Tight, Bigfoot don’t bother those who don’t bother them.
MWiz.