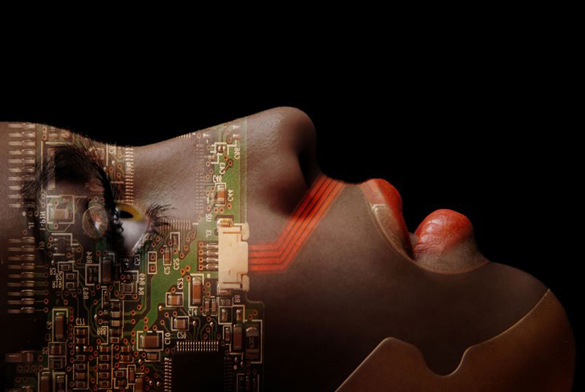 Michael’s had a fabulous half-off sale on their canvases. I set out that morning to the nearest store.

When I arrived I headed directly to the art and canvas area that lies at the back of the store. It’s a rather crowded section. People pass in front and behind you. The employee entrance/exit to storage is right there and there’s a lot of noise. Framing is directly behind the canvases. It’s a very busy place and even more so during a sale. I knew what I wanted having scanned them the previous week. I pulled the square cloth bound frames from the upper rack. The first was huge, but the other two were more manageable. The rack was so high I had to wrestle them off the wall, put my tiny purse over my shoulder, my sunglasses in my cleavage, the two smaller ones under my arm while sliding the huge one along two aisles over toward the paint section, another crowed area. I checked out their sale stuff, talked to a woman who advised me on paint quality and told me about how unique her twin boys were. Apparently, they were born from two sperm and two eggs–very unique, yet a typical conversation for me to be involved in—a total stranger telling me intimate details. I attract all types of people in public places who tell me the most intimate things. I am, at heart, a people-engager. She left, I choose the gesso and paint while worrying over the money I was spending to complete the project. Having decided to buy paint, I had to leave the canvases standing on the aisle and run to the front of the store for a hand basked to hold everything. I began the job of lifting and rearranging all the things I had on me so I could attempt the difficult job of picking up the canvases to get it all to check-out some distance away. Usually, I’d ask a passerby to assist me. But, oddly, the entire area had become completely deserted, after only a minute before having been filled with people. No one to ask! O.K.

As I struggled to arrange the canvases and basket, I heard a man’s voice from behind me. “Do you need some help?” I began speaking before I turned and looked up. When I did, I saw a woman standing behind him. I said, “Yes, I do, thank you.” with my usual openness. Then, I looked at his face. It was only a second I looked at him. He was around 6 feet tall, had a shock of salt and pepper hair, wore long khakis and a T-shirt. His eyes were very blue and almost turquoise. They were shiny like marbles, bright and clear with something that hit me as a crystal appearance. They were not overly large. However, something in them was different. I thought maybe he’s German. But then, I calculated his body. It was a bit off, too. He was straight up and down like a pencil. Not skinny but he didn’t have hips. Not like a thin man without hips and a flat butt, but somehow not usual. I looked into his eyes at a glance and quickly turned back to the canvases. I picked-up the two smaller ones. I felt suddenly strange and avoided looking back at him. This is not like me. My nature is to observe everything, look at faces, note eye color and talk to anyone, as I mentioned earlier with the mom of the twins. I talk to total strangers almost anywhere. I’ve been told that I’m very approachable and open, therefore easy to engage in conversation. People trust me. I like to laugh. And here, in this situation, I found myself literally avoiding him, his face and speaking a word. I just started walking down the main aisle not looking back to see if he’d even picked up the canvas. I’d NEVER do that. My personality is too detail oriented for that. I can’t understand why, even now. It was just not like me. I felt almost as though I was in a vacuum. Somehow I felt as though I was being prevented from being myself. The woman behind him said nothing. She stood silent the entire time. Whether she was following us or not, I didn’t know. I never looked back–not once during that long trek to the registers.

As I approached the front of the store, without turning, I said, “I would like to deposit the canvases at the front registers and continue shopping.” I led the way toward a vacant register. He silently followed me there. The registers are split away from the product aisles by a long horizontal lane separating them from the exit and the rest of the store. I didn’t turn around, I just said, “I’ll put my canvas here.” and because he had the larger of them his had to be set down first. He didn’t really get it until I stood there, not speaking, waiting for him to put his canvas down. I never looked up at him. I spoke to the woman at the next register explaining what I was doing. She nodded and went back to her work. I turned toward him, again not looking at his face, instead looking to the side toward the wall and said, “Thank you for your help.” I felt very uneasy. I didn’t smile. I didn’t say an extraneous word to that point. There was this odd silence/calm about him and the woman who stood waiting behind the register aisle. They looked like they could be twins in their stature. The exception? She had light brown hair, similar dress, but female somehow and both were very pale skinned. He turned his back to me and began walking away. I felt like an auto matron or something. I was completely out of character.

All the time I felt I could not engage him in conversation, even though he had in no way made me feel otherwise by his behavior. He was helping me for God’s sake! It was his eyes, the odd silence he had about him and the aisles being deserted that fed my apprehension in speaking–something in those eyes.

As he walked away, I suddenly got a grip on myself and attempted to pull myself out of what felt like a semi-sedated state. I had to say something more to him. He’d walked all the way to the front of the store for me. All I’d done was be silent and almost unfriendly. Not at all me, NOT AT ALL. So, I simply opened my mouth to speak to him but then closed without a word deciding against speaking. Instead of continuing to walk ahead of me, he turned around and looked at me in anticipation of my speaking. He may have said something to me like, “yes?” as well. I can’t remember. I was too stunned at this point to think. He couldn’t have known I was going to speak. I didn’t make a sound in opening my mouth and when I didn’t say anything more, I was looking into his face. I just stood there. Instead of speaking, I broke contact and walked past him. He turned back around as well and walked out of the area behind me.

The woman who’d been waiting for him stood holding something in her hand. I knew I should say something to her too, but I was at a total loss as to what! Me? At a loss to speak? Never! So, I said, “Thank you for lending me your”…I couldn’t think of a word…your husband, your boyfriend, your brother? I said your “man”. That’s not something I’ve ever said to another woman. I’m fairly articulate. I simply felt so confused. Her response was a nod and “you’re welcome” nothing more.

After my tongue-tied mumble, I almost ran up the aisle to get as far away from them as I could before turning back around to check them out standing together. When I turned back she was showing him the item she’d been holding. This was even more suspicious. Besides my uncontrollable behavior and his obvious ability to know I was going to speak to him without seeing or hearing me do so, they were standing together as if they were one person. They stood very close almost shoulder touching shoulder examining the object she held. You couldn’t have driven a toothpick between them. Their heads were almost touching as they leaned in to one another and although I thought they must be discussing the item she held, I didn’t see them doing it. In fact, no mouths were moving. It was strange and a little creepy. She turned it over and over as I stood there watching them. I felt like a voyeur. I was actually spying on them. I had to determine who they were.

I don’t know why I couldn’t make myself go up to them and examine them more closely. I don’t know why I didn’t behave as I would normally during such a helpful store scenario. What would I usually do? I’d stop and chat with them, say thanks so much to them both together, tell them how nice it is to have people around who are willing to help others. But no, I almost ran away, propelled by an unknown force that I still can’t understand. It was so weird that when I arrived home I was also compelled to tell my husband every detail of the experience, repeatedly. I still can’t understand why I acted as I did, certainly not myself. The effect of being near them and looking into his eyes was so unusual that I now believe I it was not “who they were” but “what they were” that I was trying to determine when I was watching them interact. I believe now that they were not completely human.