An asteroid a quarter-mile-wide will, astronomically speaking, narrowly miss Earth next week.

And while it is the closest an asteroid this size has come to the home planet since 1976, there’s no need to call Bruce Willis … yet.

“There is no chance that this object will collide with the Earth or moon,” Don Yeomans, the manager of NASA’s Near Earth Object Program office, told Reuters.

Lance Benner, a research scientist at NASA’s Jet Propulsion Laboratory, said in a video from NASA (available below) that scientists haven’t been able to reliably compute the asteroid’s path beyond a couple of hundred years from now.

“In effect, it’ll be moving straight at us from one direction, and then go whizzing by straight away from us in the other direction,” Benner said.

An asteroid this size — which, according to Scientific American is larger than an aircraft carrier — would cause widespread damage if it were to hit Earth, however. The Associated Press spoke to Jay Melosh, a professor of Earth and Atmospheric Sciences at Purdue University, who said that the asteroid would create a four-mile wide crater 1,700 feet deep. It could cause 70-foot tsunami waves and shake the ground like a magnitude-7 earthquake.

Even though the asteroid will be inside the orbit of the moon, NASA said that the space rock’s gravitational pull shouldn’t have any “detectable effect” on Earth’s tectonic plates or tides.

Yeomans told HuffPost that the flyby will give astronomers a great view of 2005 YU55 and is an opportunity to do research into the asteroid’s composition. He said that it’s a C-Type asteroid, which means it contains carbon-based minerals which could potentially be used in future space exploration.

“These objects are important for science … they’re potential resources for raw materials in space that we may wish to take advantage of some day,” he said.

The New York Times reported last month on proposed fuel stations in space that one study says could put astronauts on an asteroid by 2024. 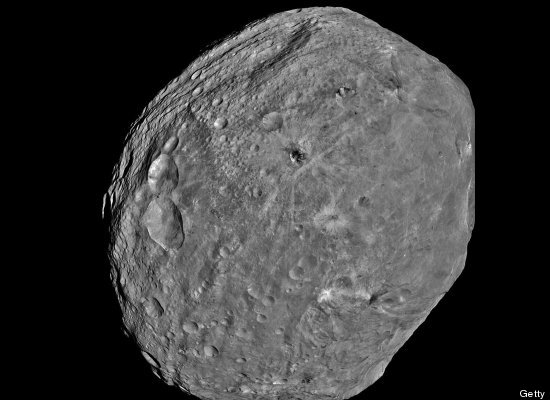