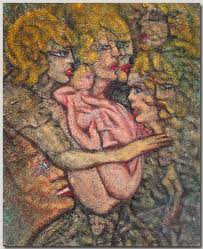 There is a mega question, which I believe will occupy the debate among UFO researchers for many years to come. The basic tough question is are any of the beings that walk among us from distant planets or have they always been here? Now the word always is relative, so let’s say the last 250,000 years. Several other researchers and myself believe there is a reasonable chance that Mars had an active civilization of some interesting type, and when a major Mars Change happened about 250,000 years ago, some of the beings were able to escape to earth. I believe that follows close to the Richard Hoagland theory.

In Hank Worbetz’s new and I think amazing book “Reflections of a UFO Investigator,” he concurs that ETs have been here for a very long time. I personally believe much longer than us humans, the latecomers to the party. I will talk more in the future about Hank’s blockbuster book, as I plan to do a series of posts about the book.

Ok, some definitions. ETs are of course extra-terrestrial, meaning from “off earth” and many feel the word means very far off earth, as in across the universe. TBs are terrestrial beings, being of this earth, always been here, I guess like us humans. And finally IDBs are interdimensional beings, but still of terrestrial origin, although there may be a side debate here as to how far out this dimensional thing extends. Some would say the dimensions extend to infinity. But I will say a force holds these dimensions to the earth plane anchoring them, making the IDBs terrestrial in their own strange way.

Now in the Worbetz book, one of his themes is that the US Government has been promoting strangely the extra-terrestrial origin theory, why? Good question, I think the Government wants us to believe their origin is off planet. So they will not have to explain that they (TBs) are a part of our world, a part of us. They also forestall the question of why the citizens of the world have been kept in the dark since July 1947, when the government recovered bodies from the crash at Roswell and probably became aware of their terrestrial origins. And according to Worbetz, their ship was made of all terrestrial earth materials.

The government really gets upset with anyone stating what I just stated. This Terrestrial Story can make them harass you out of the UFO business. And truly I don’t fully understand why, since just the truth about the existence of ETs, or IDBs – whatever you call them – would be enough to turn the world upside down. And as I have said in other postings with these powerful social networks and groups like WikiLeaks riding on the Internet, the lid is coming off the UFO conspiracy.

Sleep Tight – Life and change are moving at quantum speed- and quantum is making the change.

3 Replies to “What if all ETs are really TBs and/or IDBs of Earth terrestrial origin? Is it all True Series #172”