A week ago from last Friday, we had this event called Friday the 13th. This date gives some people an uneasy feeling. In 1307 on October 13th, it was more than an uneasy feeling; it was death for hundreds and maybe thousands of Knights Templar. The King of France, Philip the IV, with the backing of the Pope, decided it was time to grab the vast wealth of the Templars. So the blood bath occurred on the infamous Friday the 13th -700 years ago and we still feel it today, but more on the lighter side of life.

The Templars are an extremely interesting group of knight-types whose wisdom and knowledge goes back to the Egyptian times, possibly earlier. The Templars official original claim to fame was protecting (from bandits) the pilgrims on their journey to the Holy Land. But as it turns out the Templars were major thieves themselves as they may have carried away important booty from King Solomonâ€™s Temple such as the Holy Grail and maybe even the Ark of the Covenant.

Templars throughout the history of the world had strong influence with the following institutions: the US Constitution and our form of government, the Red Cross, Swiss Banking, the Pirates of Old, the Masons and maybe, just maybe the Mormon Church. Their esoteric ideas about government, freedom of man and a little bit of Magic makes us Americans who we are. But we Americans know very little about these forefathers, and they are maybe our most important ones.

Their open-mindedness and more secular look at life, helped keep us from the darkness of the time that religions were driving us toward. As a final note, the body underneath the “Shroud of Turinâ€ may have been the Templars great leader Jacques de Molay and not Jesus — Surprise.

History is fun and very important if we want to understand where we are going and learn from where we have been.
MWiz 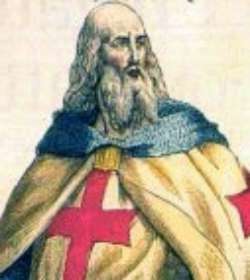