I was scrolling down through my dear friend Lesleyâ€™s quite famous website, Debris Field, and noticed a posting called â€œHas Fossett flown the Coopâ€. It was a silly conspiracy article, comparing Steve Fossett to the likes of Bigfoot, Elvis, and Earhart, in mystery and straight out strangeness. Even an investigator with the Lloyds of London said it didnâ€™t make any sense why he wasnâ€™t found. Other search officials have had similar comments. So where is Steve Fossett?

Going to back to September 3rd, 2007 Steve took off in a small single engine plane flying south from the Hilton Ranch and was never seen again. So in late October I called my dear psychic friend, who can dowse successfully for almost anything, alive, dead, animal, vegetable or mineral. I asked him to put his ability to work to find Mr. Fossett. So my friend gets out a map of the general area within 250 miles of Steveâ€™s departure point and takes his famous crystal and went to dowsing. After about 30 minutes of deep focus, he locates the plane, but is not 100% sure that Steve is also there. The location is a remote area near Lake Alpine, CA in the Sierra Nevada Mts. Neither one of us had the time or the resources to go explore and verify my friendâ€™s conclusions, but we did notify several official agencies both in California and Nevada. It is hard to say if they took us seriously, though.

The night that I read the â€œHas Fossett flown the Coopâ€ article, I had a very strange lucid dream of Steve entering a vast vortex in the sky, and there was something inside this vortex, something alive and moving, but I do not know what it was.

The next day I called my psychic friend to tell him about my dream. But he had a surprise for me–the day before, he had mailed to me an article about a friend of Steve Fossettâ€™s who said Steve had told him he had found this 4th dimensional place. Is this a secret gateway in the Nevada desert? Steveâ€™s friend also said in a phone conversation with Steve about a week before his disappearance, he (Steve) had witnessed a world with no need for money or war, complete with bluish alien beings.

Next, Steveâ€™s wife has a visit ( in a day vision) from her husband, long after his disappearance, telling her to stop looking for him or the plane, because no one would find it. Steve said to her that he was fine, be patient, he loved her and he would explain everything to the world in due time. And then he vanished back to wherever.

The last part of this fascinating story is I went back to my friend and asked him to dowse for the vortex and again he took the map and his crystal found a location. Note: he didnâ€™t know the flight plan Steve was supposed to have taken, but the psychic was on the money! After I checked the flight path (via the Web) my friendâ€™s vortex location was directly on the flight path in a small valley near the Excelsior Mts. in Nevada.
So I always say pay attention to synchronicity.

So maybe Steve is like a Bigfoot now, a multi-dimensional being.

Now my shout out to the Cosmos, if there is any wealthy group or person who would have the courage and the resources to sponsor an expedition to find Steve or his plane or at the very least his amazing vortex in the desert, please email me at: mwassociates@hotmail.com 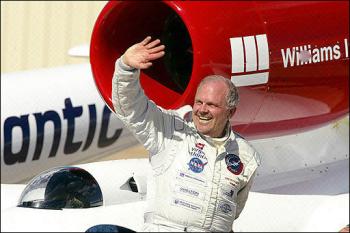