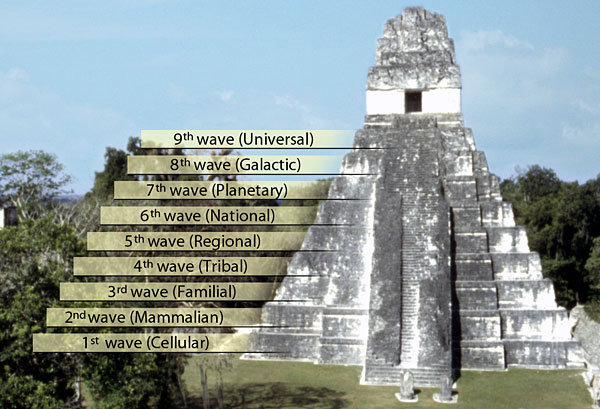 The New Mexico UFO and Paranormal Forum enjoyed a visit from Eugene Duran. He presented his fascinating view on what connects 2012 and the Mayan Calendar. The stars and the galactic alignment might very well be the key to all the hoopla surrounding this now quite famous year. As Eugene demonstrated, our solar system vacillates right of perpendicular to the Milky Way, but at a point we line up with the flat plane of the center of the Milky Way. This event is considered the end and a beginning of a long cycle and is part of the beginning and end of several of the Mayan calendars. These cycles definitely signal some very big change to our world. This may expose us to the very center of our existence. Chances are there is a powerful force that holds and creates the shape of the great Milky Way.

Now did the Mayans know the great secret that when all mankind and all other living beasts are exposed to this cosmic beam, all life comes to an end? Or the other possibility is this blast from the center of the Milky Way is a re-evolution beam, that changes our cell frequency and thus a nearly instant change from man 2012 to a Super Man 2112 – a 100-year leap to the New Earth and New Human.

Did the Mayans know this and pack up and leave this planet or go deep underground where they still exist in a beautiful sub-terrestrial world? The Mayans may have been the original residents of Mars and as Mars started to over-heat, the Mayans went underground to survive. And after hundreds of years under Mars, they then came to the beautiful blue planet Earth and started over and built the wonderful Pyramids. This amazing culture that developed always had an eye on the stars, because they knew time had powerful cycles. They did everything they could to understand them; they even hoped that human sacrifice would change the natural cycles of this powerful Universe. So I know there is nothing we can do, short of blasting off at the speed of light and hope we can stay ahead of the re-evolution beam. Or we can wait it out, enjoy the possibilities and not fear it, but truly embrace the new us.

Thanks Eugene for sharing- it activates our inner self.

Sleep tight – and bathe in the wonder of tomorrow.